MILKED is a topical feature documentary that exposes the whitewash of New Zealand’s multi-billion-dollar dairy industry.

Young activist Chris Huriwai travels around the country searching for the truth about how this source of national pride has become the nation’s biggest threat. It’s rapidly gone from a land with no cows to being the biggest exporter of dairy in the world, but the industry seems to be failing in every way possible.

Featuring interviews with high-profile contributors such as Dr Jane Goodall, environmentalist and former actress Suzy Amis Cameron, and Cowspiracy co-director, Keegan Kuhn, MILKED reveals the behind-the-scenes reality of the kiwi dairy farming fairy-tale. It uncovers alarming information about the impacts of the industry on the environment and health, leading up to the discovery that we’re on the edge of the biggest global disruption of food and agriculture in history.

An impactful global story told with a local eye, the film also points to what New Zealand and other countries can do to change their fate. 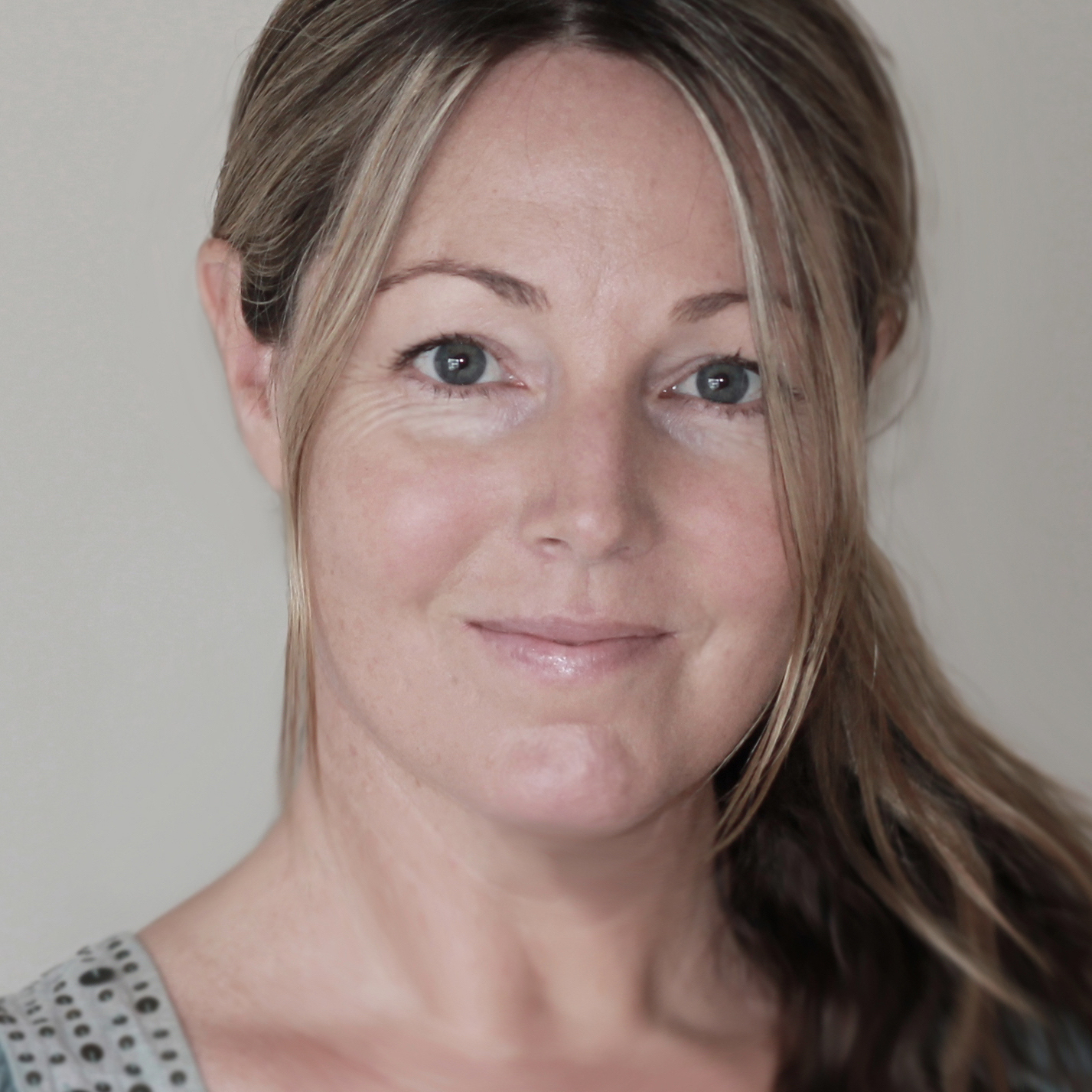 Amy Taylor studied environmental science and marine biology before completing a Postgraduate Diploma in Science Communication at the University of Otago. As an independent filmmaker, she is driven by the potential that storytelling has to open windows into different worlds, reveal truth, and create positive change. Amy has spent over 20 years working with non-profit organizations, helping to shine a spotlight on environmental and social justice issues. Combining her love of the natural world with a creative skill set, she focuses on stories exploring connections between people and nature. Her first feature-length documentary, Soul in the Sea, premiered at NZIFF, won awards internationally, and was nominated at the prestigious Jackson Wild film festival. Amy is the owner of Ahimsa Films, and lives with her husband and son in the Coromandel Peninsula. 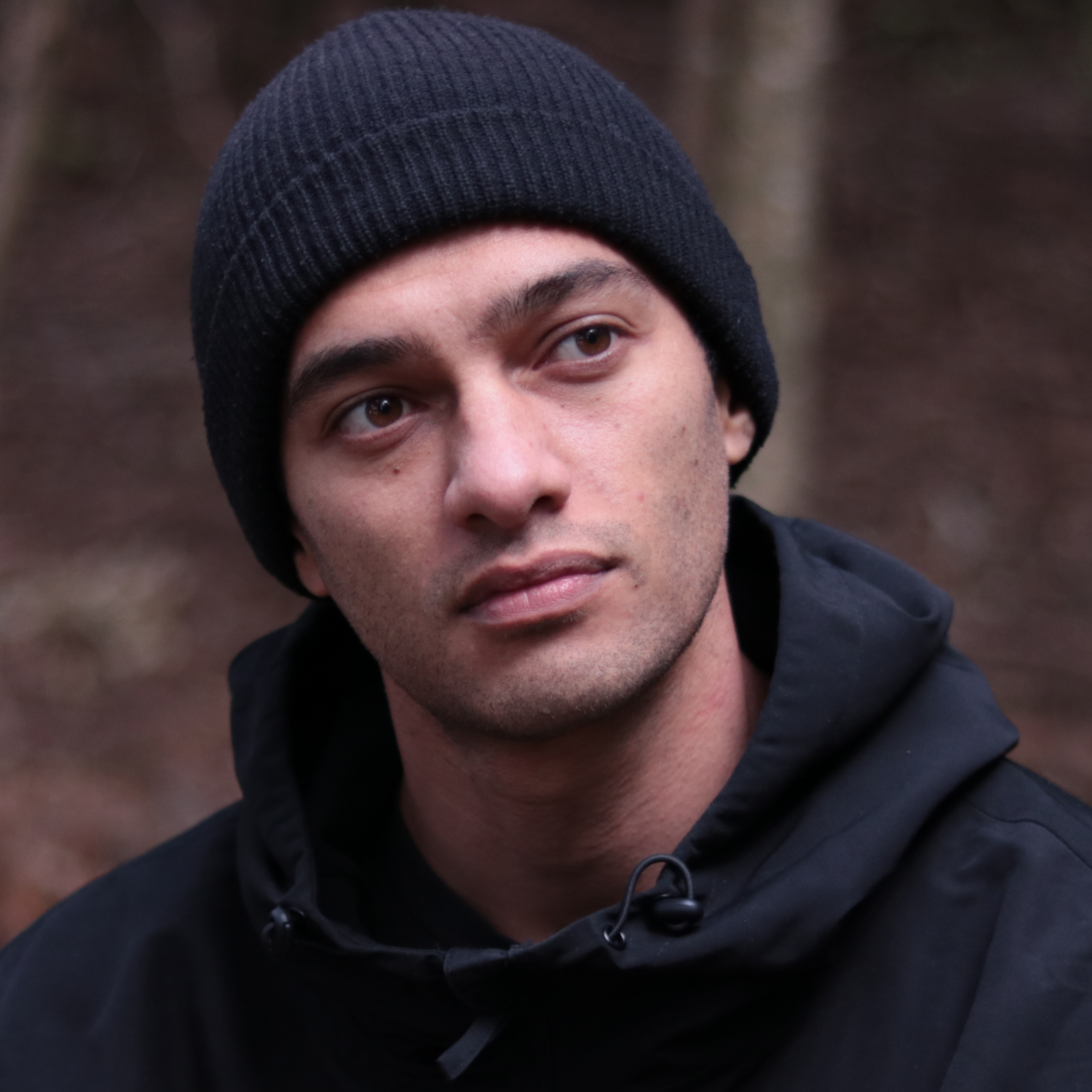 (Ngāpuhi, Ngati Porou, Te Ātiawa) Chris Huriwai is a vegan advocate and extreme sportsman. He was the Community Youth Champion for Kaikohe’s Māori health organisation: Te Hau Ora O Ngāpuhi for 7 years between 2010-2017, where he taught physical education and mentored rangatahi (young people) from primary to high schools. He’s a back-to-back 3-time world champion for street unicycling and has recently moved home to Northland after working in Wellington at DCM, an organisation that assists rough sleepers and individuals who struggle to access sustainable housing. Chris is the co-founder of the animal rights project Aotearoa Liberation League. He is passionate about te ao Māori and using veganism as a decolonial tool. 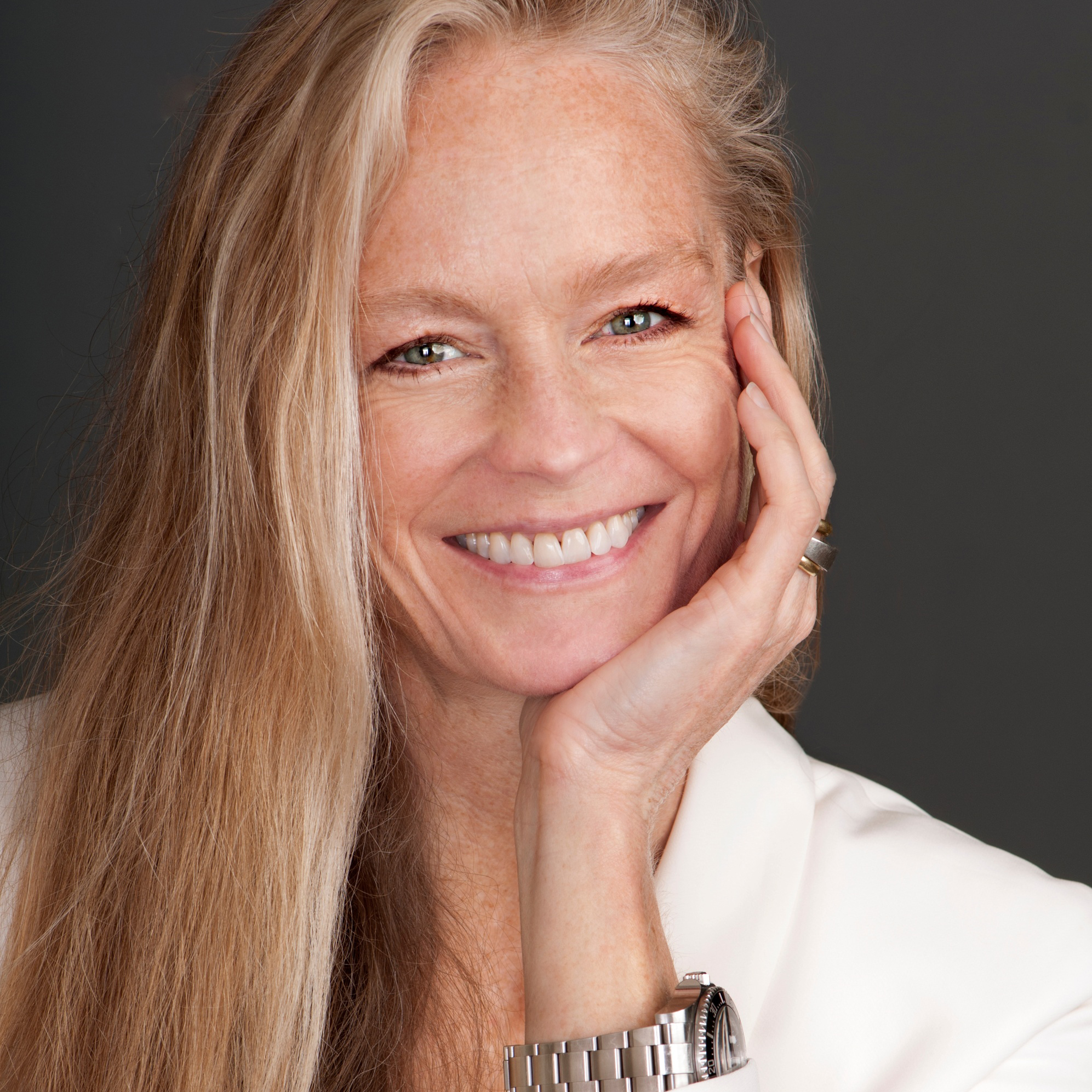 A noted environmental leader, business pioneer, mom of five and grandma, Suzy Amis Cameron is committed to caring for our wild, living Earth, with a focus on plant-based food to address climate change. She is the author of The OMD Plan: Swap One Meal a Day to Save your Health and Save the Planet (Simon & Schuster) and the founder of the OMD Movement, an advocacy group dedicated to transforming eating habits and expanding access to climate-friendly food for all. In 2005, she founded MUSE School CA, with her sister, Rebecca Amis. Additionally, Suzy is a founder of the plant-based ventures, Verdient Foods, Cameron Family Farms, Food Forest Organics and Plant Power Task Force, with her husband, James Cameron. In 2009, she launched Red Carpet Green Dress, a global sustainable fashion campaign showcasing environmentally responsible fashions in partnership with the Oscars. Suzy is also an Executive Producer of The Game Changers, a documentary on world-class plant-based athletes. Formerly, as an actor, she was featured in more than 25 films, including The Usual Suspects and Titanic. 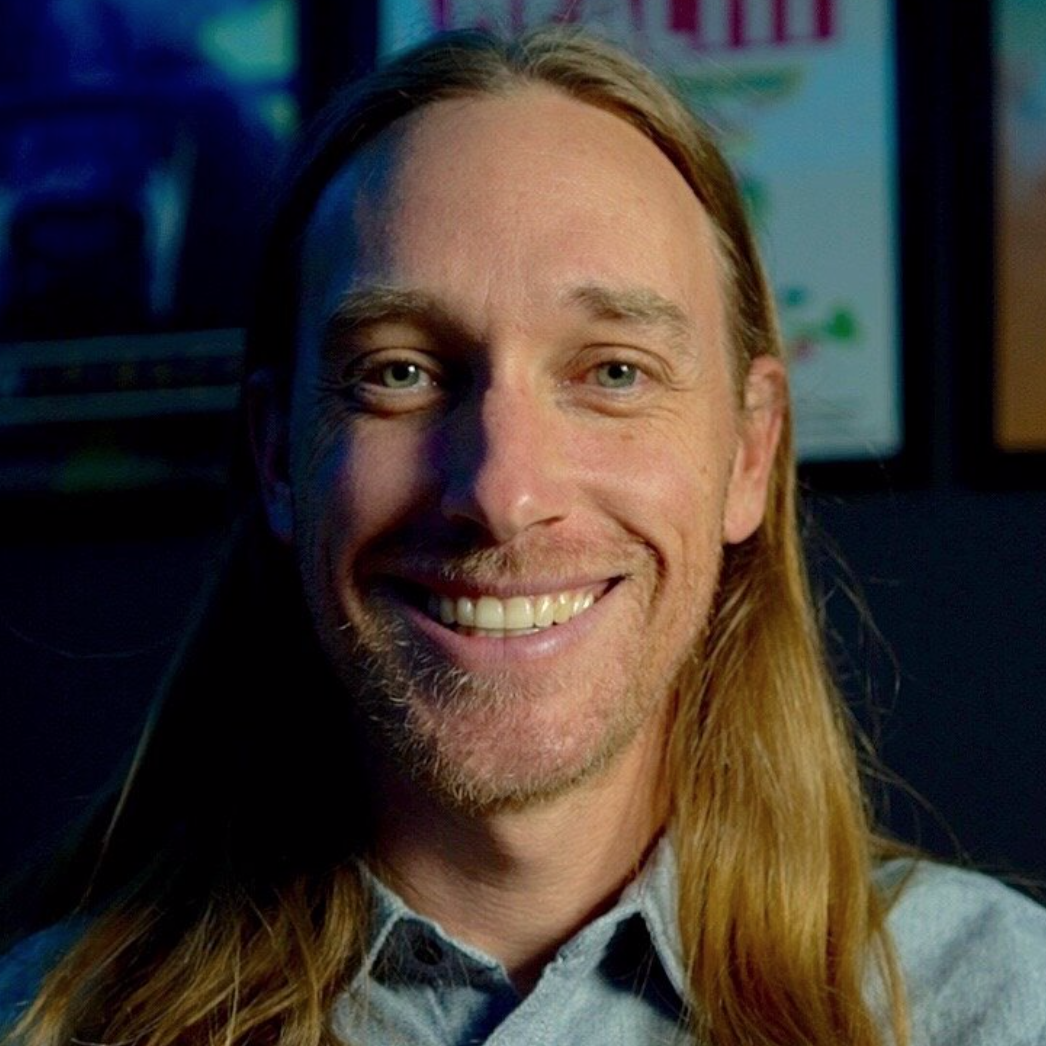 Keegan Kuhn is the award-winning co-director of the highly-acclaimed documentary films Cowspiracy: The Sustainability Secret, executive produced for Netflix by Leonardo DiCaprio; What The Health, executive produced by Joaquin Phoenix; Running For Good, executive produced by James Cromwell; and They’re Trying To Kill Us, executive produced by Billie Eilish and Chris Paul. Kuhn is the owner and operator of First Spark Media, a digital film production company tailored to creating films for social justice. Kuhn’s skills as a director, producer, cinematographer, editor, animator and composer have been utilized in film subjects as diverse as modern Alaskan homesteading, gender inequality, animal rescues, Buddhism, endurance sports and environmental destruction. He is motivated by a deep desire to shed light on untold stories of the most downtrodden in society, and to raise awareness through greater visibility of social justice issues. Kuhn is the owner of the camera accessory company First Spark Gear and creator of the educational music project xTrue Naturex. He lives with his partner, Shani, in Sedona, Arizona. 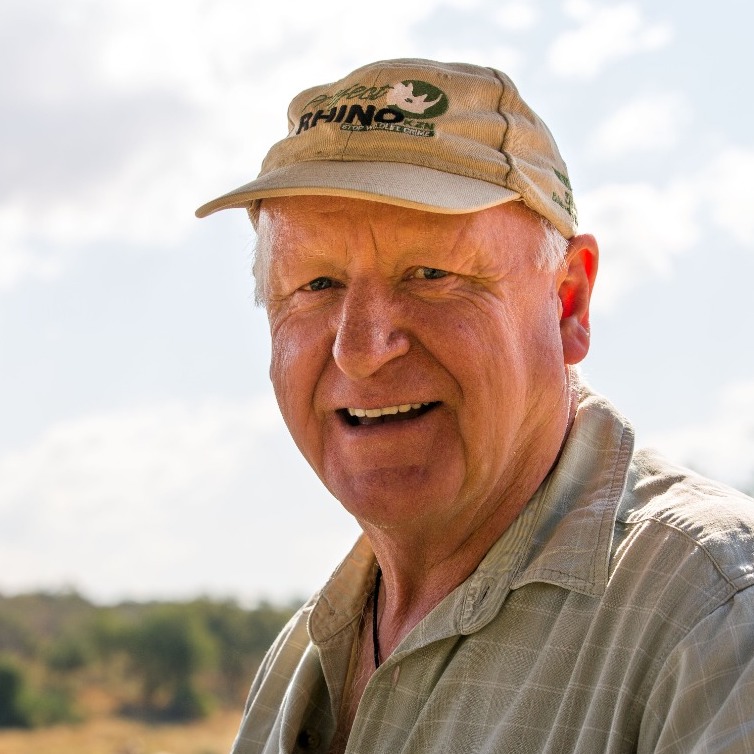 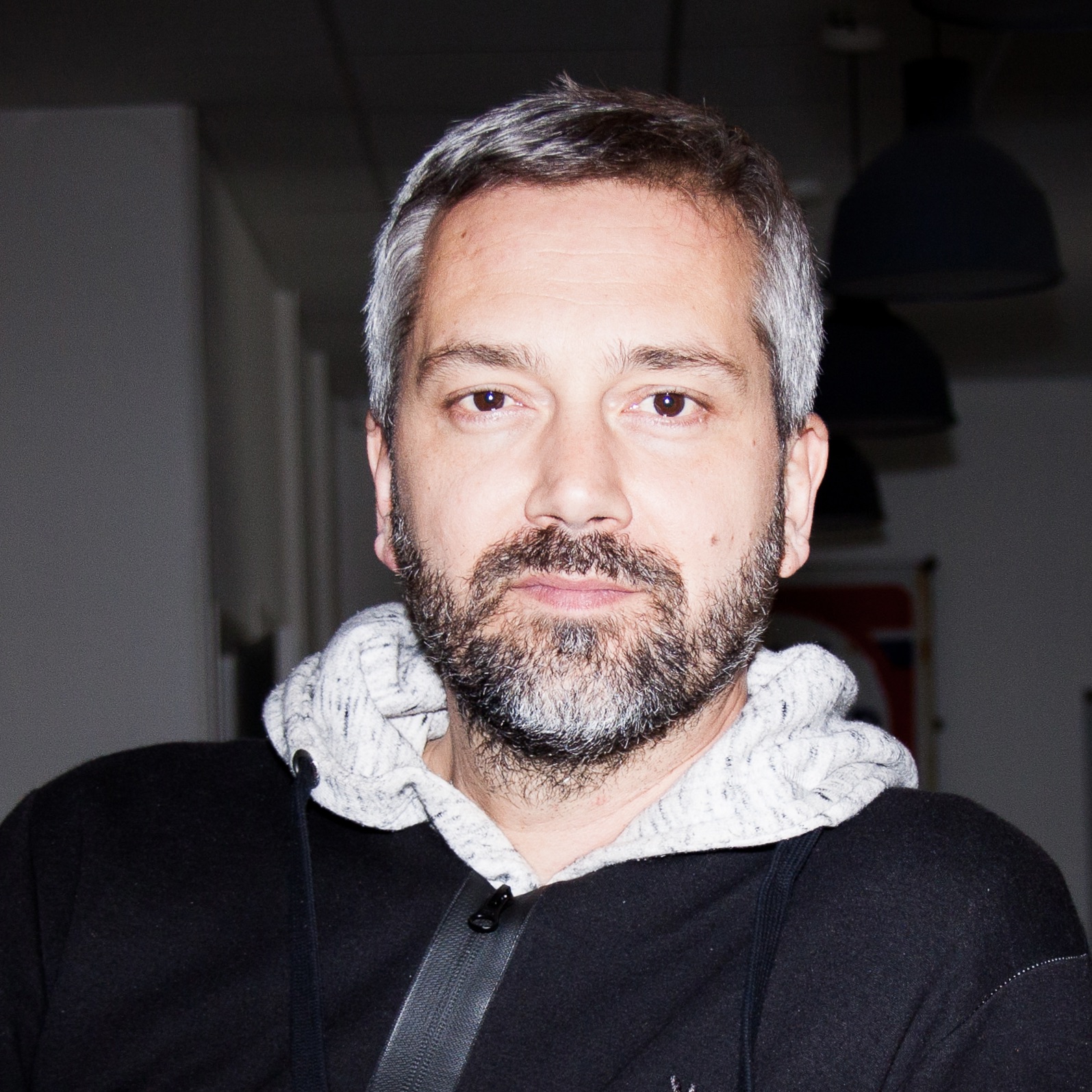 Jerome is a french web entrepreneur who advocates for progressive organizations which are more decentralized and self-organized and commited to measure their social and environmental impact. He also pledges to implement a new relational ecology which is based at its core on collective intelligence and non-violent communication for healthier interactions. He is also an animal rights activist, co-founder of iamvegan.tv, the first french web tv channel about veganism as a political movement dealing with animal ethics, environmental issues, nutrition, and health through 150 interviews of opinion leaders. Jerome is currently working on his first feature-length documentary as a filmmaker about climate emergency. 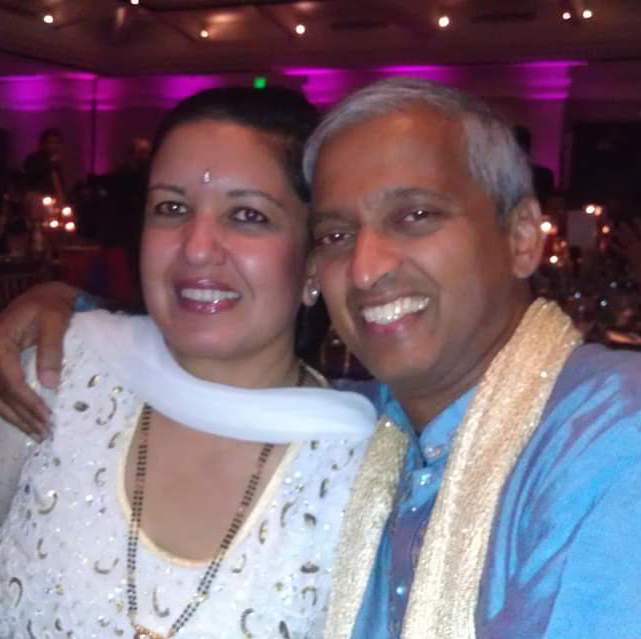 Jaine and Sailesh Rao have been focused on promoting social justice and climate healing through the non-profits, Seeds to Inspire and Climate Healers for the past fifteen years. As part of their educational efforts, they are Executive Producers of The Human Experiment (2013), Cowspiracy: The Sustainability Secret (2014), What The Health (2017), A Prayer for Compassion (2019), They're Trying to Kill Us (2021), Milked (2021), Animals: A Parallel History (2021), The End of Medicine (TBA) and The Land of Ahimsa (TBA). Their work was featured in the award winning film Countdown to Year Zero, produced by Unchained TV. 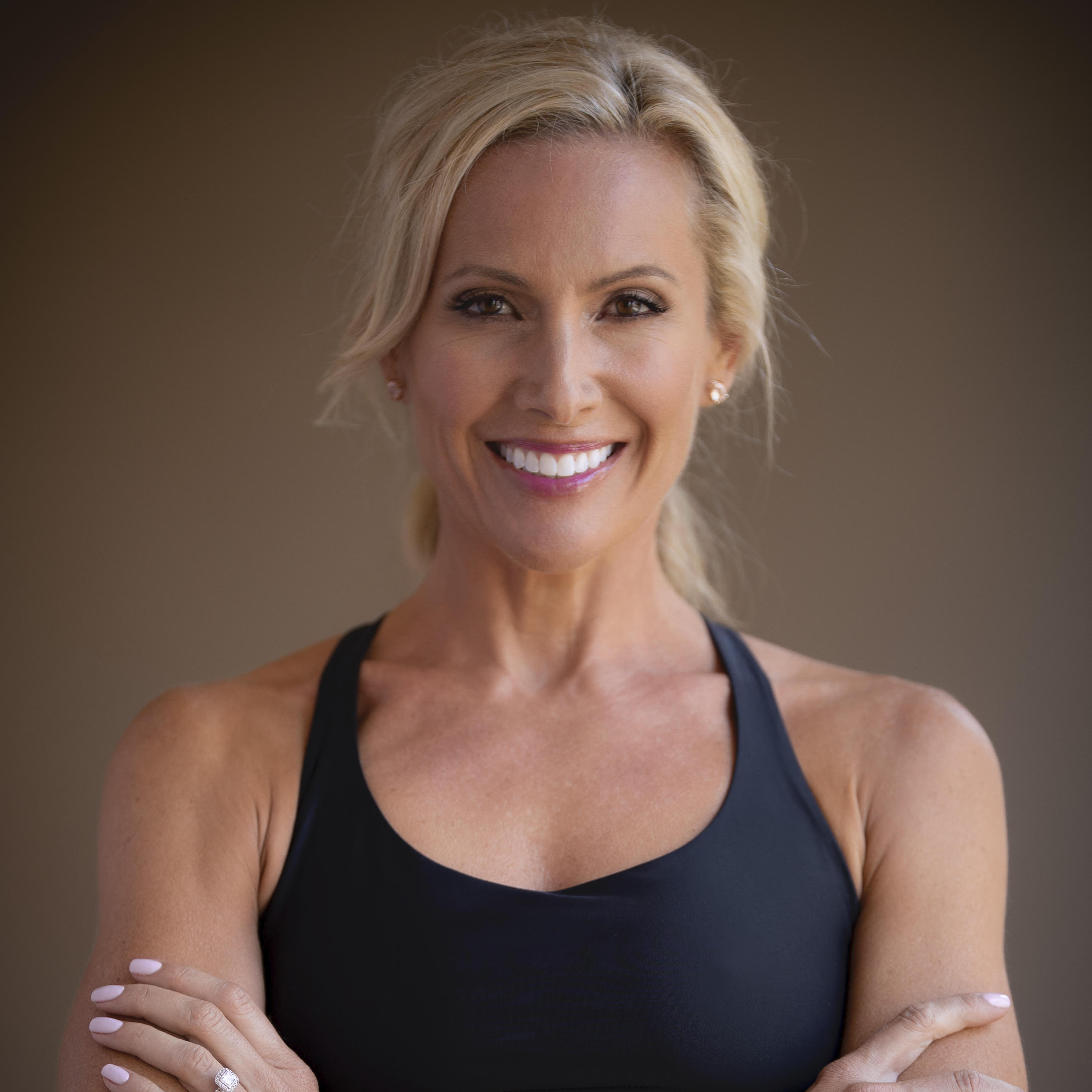 After concluding a prolific professional cycling career that produced a medal at the 2012 London Olympic Games, eight US national championships, two Pan American gold medals and a world record, Dotsie Bausch has become a powerful influencer for plant-based eating for athletes and non-athletes alike. Named by VegNews in 2019 as one of the top 20 most influential vegans in the world, she utilizes her degree in plant-based nutrition to inform her impassioned vegan message and founded the non-profit Switch4Good to disrupt the way people think about dairy. Dotsie is one of the stars of The Game Changers film and also stars in the documentary film, Personal Gold. 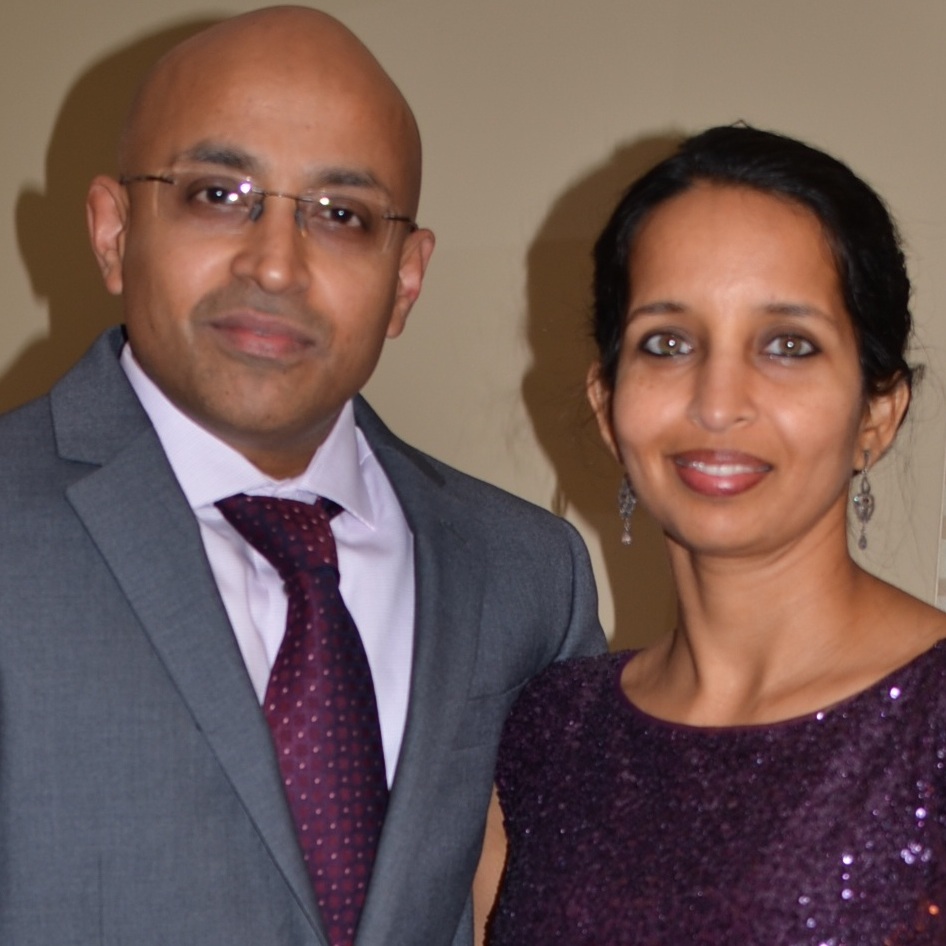 Shuba and Subramanian Iyer live in Naperville, Illinois with their vegan family and companion animals. Shuba is a ceramic artist and Subramanian, a financial risk professional. They are deeply passionate about animal rights and environmental issues and serve these causes by supporting the production of documentaries and publication of books related to animal rights, and by promoting grassroots activism in the Chicagoland area. They are Associate Producers of What the Health, Dominion, Eating Our Way to Extinction, and Milked, and Publishing Partners for Hidden: Animals in the Anthropocene. They have also served on the Board of Free From Harm, a Chicago-based animal rights organization founded by Robert Grillo. 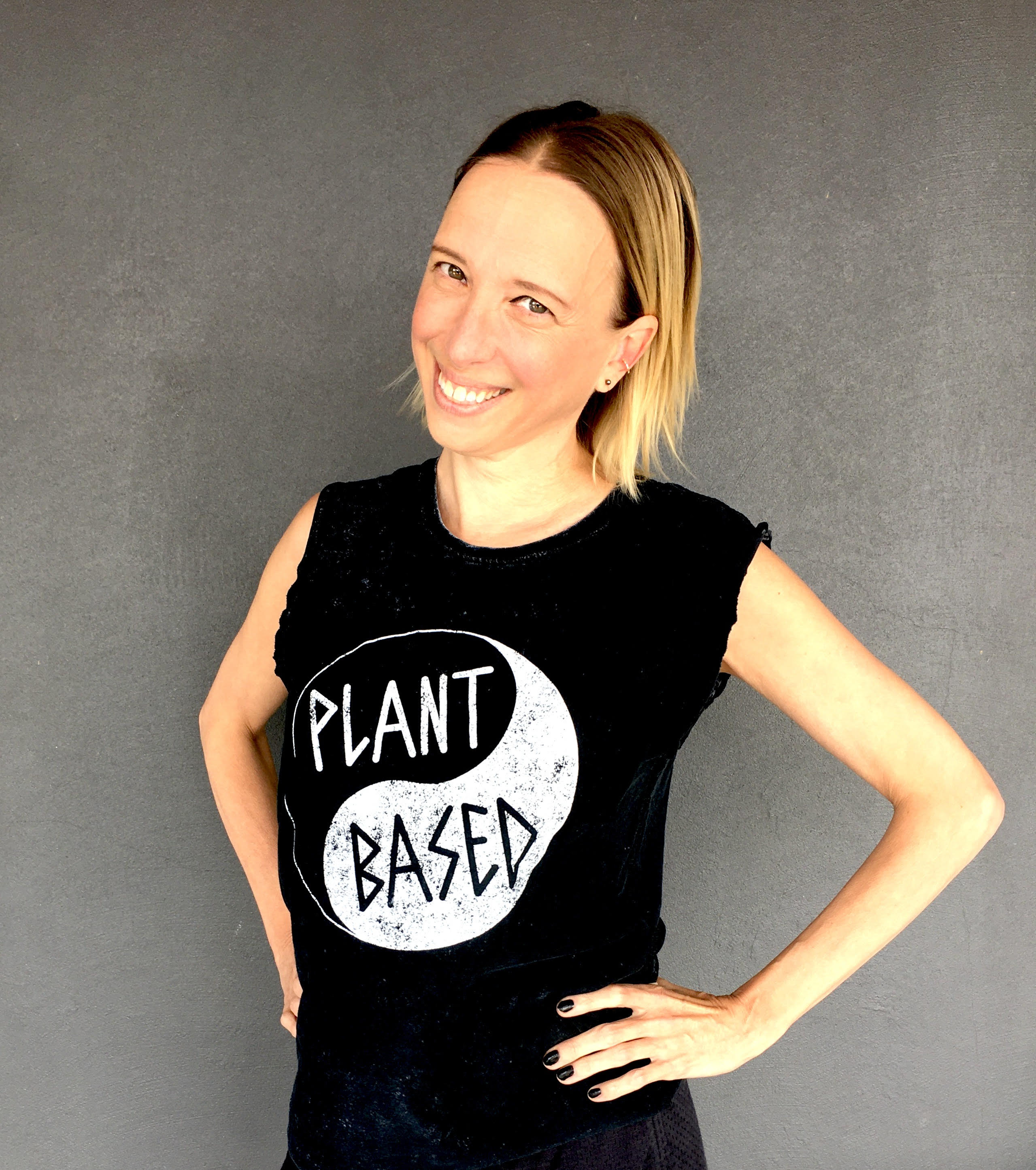 Dawn is a vegan investor and content creator. She has a BA in Economics and Environmental Studies from the University of Pennsylvania, an MBA from Harvard University, and a Certificate in Plant-Based Nutrition from the T. Colin Campbell Center for Nutrition Studies at eCornell. Dawn lives in the San Francisco Bay Area with her husband, teen sons, and Labrador Retriever. 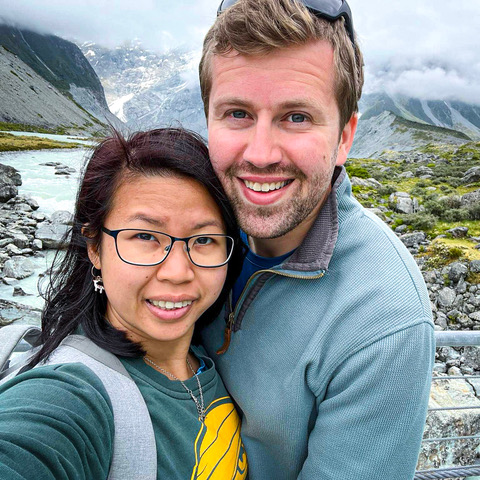 Environmentalists, plant based diet advocates and vegan investors. Libor and Ange spend their free time volunteering for Sea Shepherd and other wildlife organisations around New Zealand, helping out at cetacean stranding sites, such as baby orca Toa, and with other wildlife emergencies such as native bird rescues, leopard seal site monitoring and so on. Libor also runs a nature & wildlife photography business, Framing the Wild, with a mission to create lasting positive impact on the planet by advocating for endangered species, natural world conservation, animal rights and highlighting the threats that we and nature are facing as well as how we as individuals can help secure better future for the planet and future generations. www.framingthewild.com 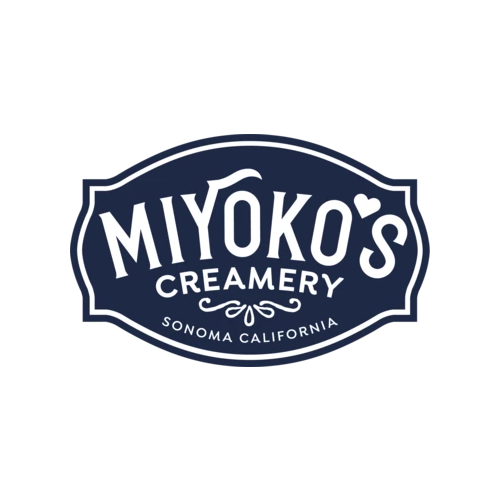 Miyoko invented the category of artisan vegan cheese. Now she's on a mission to revolutionize the entire dairy industry. Recognized by the United Nations as a ‘Vegan Revolutionary’ in its ‘The Future of Women’ global initiative, Miyoko Schinner (pronounced "Me-yo-ko") is the compassionate, phenomenally vegan founder & CEO of Miyoko’s Creamery. A cheesemaker, cult celebrity chef, best-selling cookbook author, animal advocate, environmentalist, global speaker and entrepreneur, Miyoko is an epicurean activist who is leading the animal-free transformation of the dairy industry. 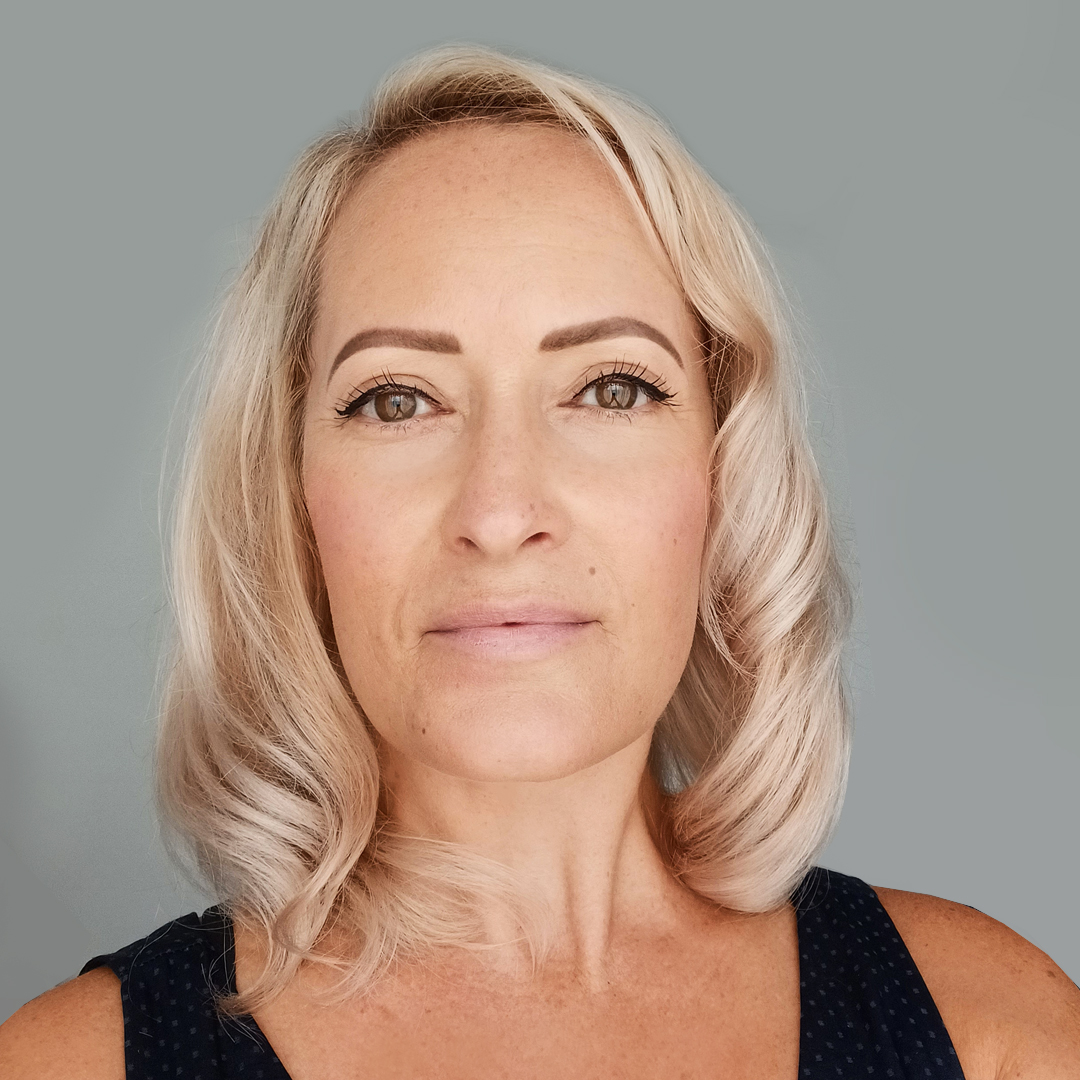 Debbie Matthews' passion is for telling real stories through documentaries. Debbie was editing a fishing and hunting series in her first year of working in television. The graphic scenes flicked a switch that turned her into a strong and enduring voice for animals. She has now edited many documentaries and short films focused on environmental, animal, and social justice issues. Debbie has been involved in many high-profile animal welfare investigations. Some of these have shifted the country's understanding of animal agriculture and led to both political and legislative changes. She has a long history in Pacific and Māori TV shows and documentaries, embracing her Pasifika ancestry. She now edits the Māori current affairs show 'The Hui'. MILKED brings together Debbie's broad experience in filmmaking and passion for animal rights. 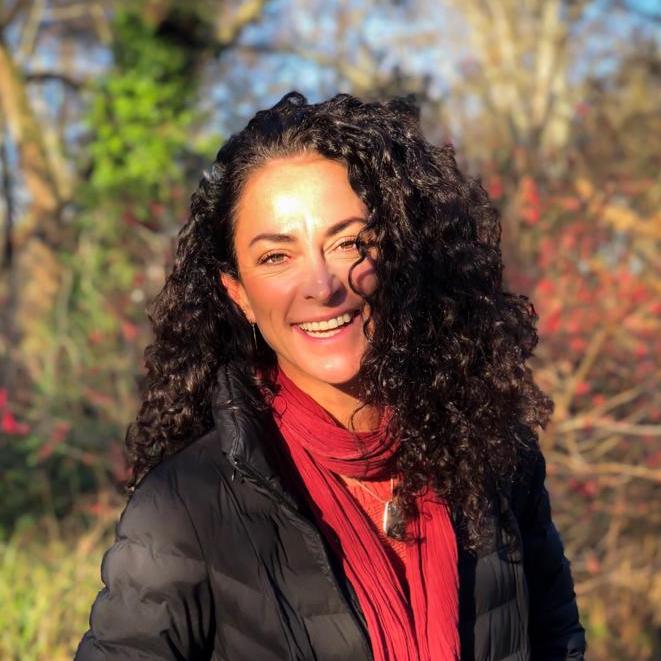 Equally passionate about the environment and plant-based nutrition, Nicky believes that evidence-based science supports a plant-based diet as the solution for better personal and planetary health and a sustainable future for all. Founder of The Naked Veggie, Nicky has studied Plant Based Nutrition at T Colin Campbell Centre for Nutrition Studies, Zoology and Environmental Studies at the University of Cape Town, and is completing her Diploma in Nutritional Therapy. 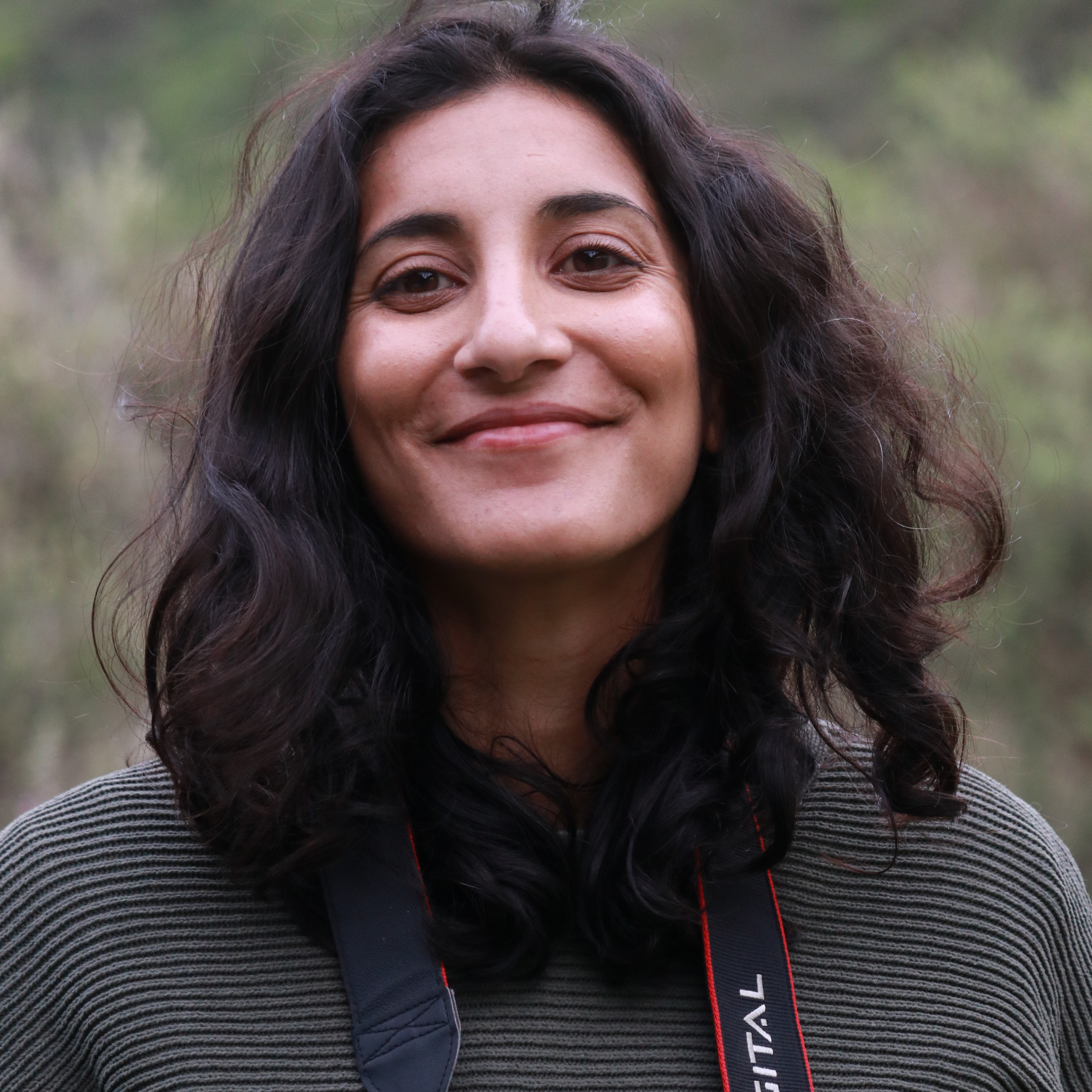 Migrating from Iraq 20 years ago, Samah is a dedicated nonviolence activist based in Te Tai Tokerau. Her life experience has helped her see that all oppressions are deeply interlinked, driving her to advocate for total liberation for our natural world and all her inhabitants. Samah studied Law, Philosophy and Media, which gave her greater insight into the way social norms are established. She is the co-founder of Aotearoa Liberation League: www.all.org.nz